SMTK’s first major component is its attribute modeling system, which provides a way to model and represent non-geometric simulation data such as material properties, boundary conditions, and solver parameters. 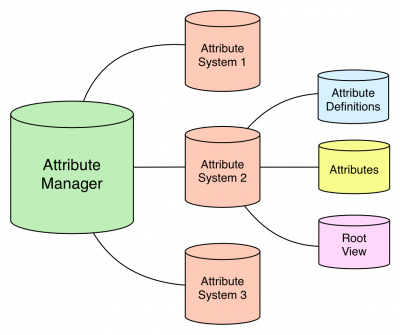 The attribute system is composed of C++ classes, also accessible in Python, whose instances perform the following functions:

Instances represent a dictionary of named values. The values are all subclasses of the Item class. The entries that may appear in an attribute’s dictionary are constrained by the attribute’s Definition. In addition to holding a set of Items, an attribute may optionally be attached to (or associated with in SMTK’s parlance) a set of geometric model entities from SMTK’s geometric modeling system.

Instances hold values in an attribute key-value pair. The particular subclass of Item determines the type of storage used to hold the value (e.g. Int, Double, String, RefItem, ModelEntityItem). Each item references an ItemDefinition that constrains the values that may be held in storage, in much the same way that an Attribute has a Definition. Some items (those derived from ValueItem) can have other items as children; this is used to implement conditional items, where the presence of children is predicated on the value taken on by their parent item.

Instances constrain the number of values that an Item instance may contain as well as the particular values that are considered valid. For example, an ItemDefinition for temperature could specify that temperature is a scalar (i.e., only a single value may be held in the Item), that it is a floating point value, and that it must be positive.

Instances hold collections of attributes associated with a particular purpose such as defining a simulation’s input deck.

Because it can be tedious to programmatically create a bunch of instances of the classes above to represent a particular simulation’s input deck, SMTK provides an XML file format for serializing and deserializing all of the attributes, definitions, items, and item-definitions stored in an attribute system.

Components of the attribute system

1. An XML file syntax for specifying the kinds data to be modeled for individual simulation codes and problem domains. This file syntax is used to specify the unique inputs for a simulation code, including, for example, data types, valid ranges, and default values. Specific data can be associated with geometric model entities, and structural features can be used to group and classify simulation data.

2. A set of user-interface panels for end users to create and edit simulation data. Using standard windows components (buttons, text boxes, selection lists, etc.), users can enter all of the detailed data needed to specify a desired simulation. These user-interface panels are automatically produced by SMTK at runtime, based on the XML file(s) provided to the system.

SMTK can be used in a broad range of scientific and engineering simulation applications. In physics-based applications, such as structural mechanics, computational fluid dynamics (CFD), and electromagnetic (EM) modeling, simulations are often performed relative to a geometric model. This model may be created using computer-aided design (CAD), or computationally constructed/reconstructed from empirical data. In either case, a discretization process is typically performed with the model to generate geometric input suitable for the simulation code, often in the form of a finite element or finite volume mesh. To complete the simulation inputs, the non-geometric inputs are generated to enumerate the specific boundary conditions, material properties, solver parameters, etc. 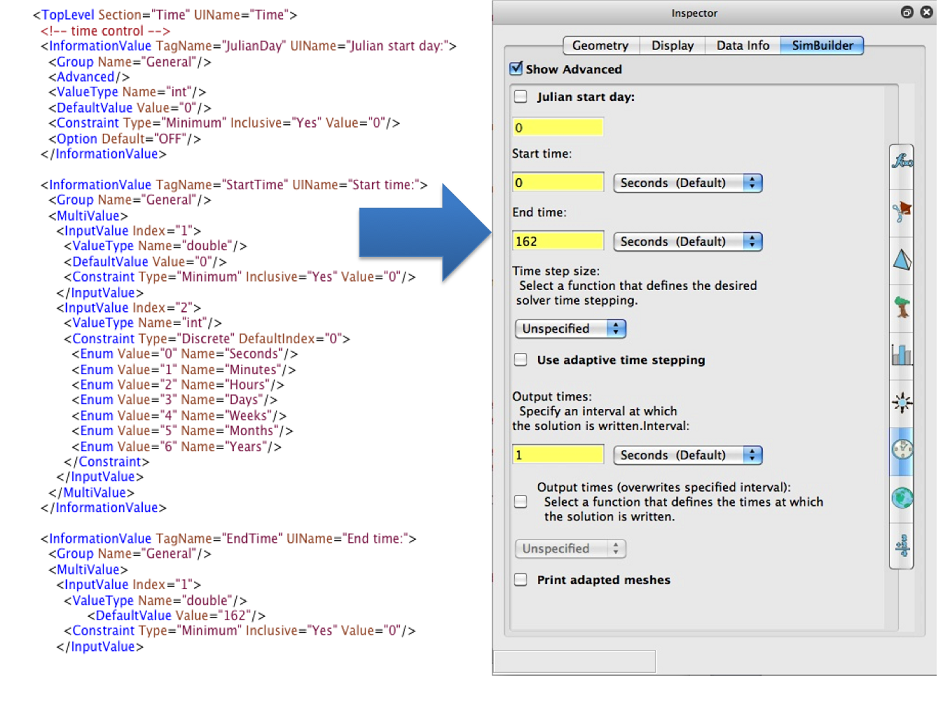